Well, thankfully the speed of my Lanka Bell Broad Band connection is now back to normal. I don't think I will need to switch to airtel after all. 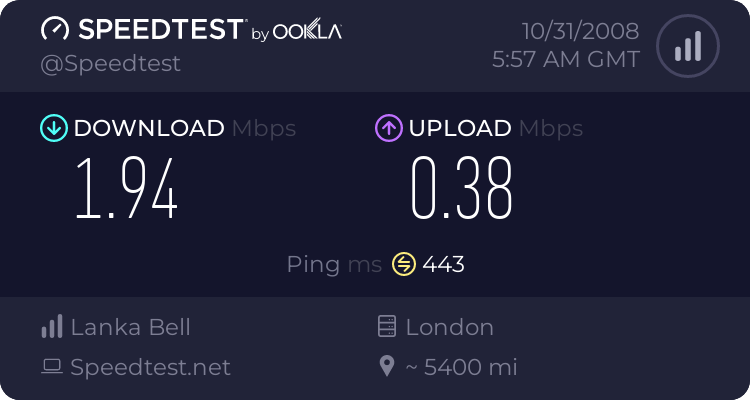 The difference between other providers and bell is that their service is pretty consistent. Both SLT and Dialog Broadband have massive slowdowns between 5-7 in the evening and 8-9 in the morning. Bell on the other hand has the same speed even at that time. They make up for it by having this occasional weird crawl like we just had.