Sri Lankan broadband speeds have always been pathetic, the Telecommunication Regulatory Commission finally recognized this and attempted to take measures to force Broadband service providers to improve their service. It's been a while since they sent out a few press releases on that subject and been a while since I last posted a speed test. Let's see if things have improved. 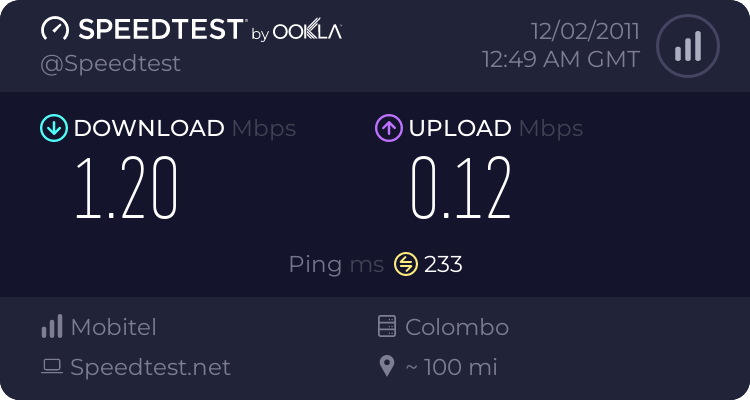 The test above is with a mobitel connection, popularly known as the mobitel dongle. It's supposed to have a speed of 3.6 mbps. Even if you test against the servers in Colombo - which happens to be hosted by Mobitel's parent Company Sri Lanka Telecom, you find that the speed is much lower than advertised. If you test against a server in the united states, it's fares much worse. 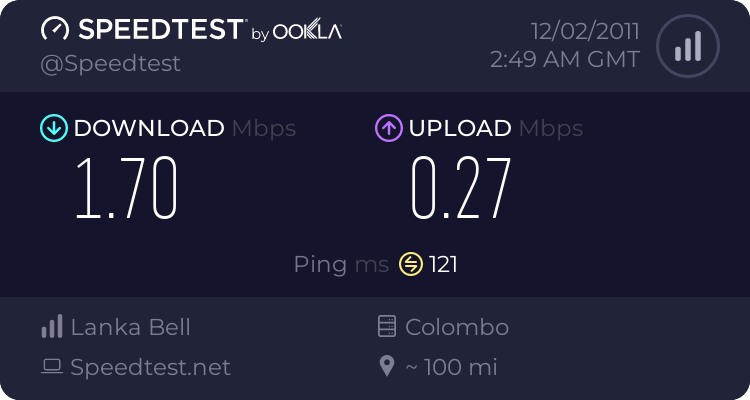 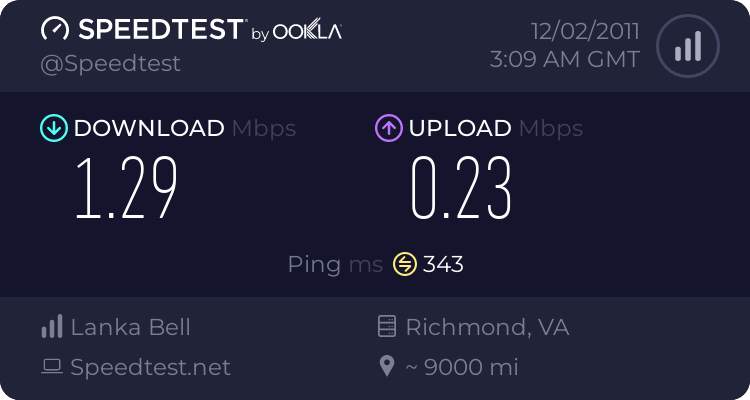 The set of results is for Lanka Bell, my preferred broadband connection, over the years, they have provided bettter results than any other telco in Sri Lanka. Event the TRCSL tests confirmed that theyir speeds are the closest to the advertised speeds. Today though, they didn't fare too well. The link is supposed to be 2mbps.