TL;DR: If you find that your B1160 jobs are being marked as 'held' in the printer status applet instead of being sent to the printer, you need to add your printer to CUPS after you have installed the Dell unified printer driver.

I hardly print anything at all so when my ancient HP p1105 printer died (or the toner was used up not sure which), it was time to shop around for a new budget printer and the Dell B1160 was what I chose. This will probably last a few years too and by the time the cartridge is used up it will be cheaper to replace the whole printer rather than the toner, but first lets try to get at least the test-page printed cause what ever you do nothing get's sent to the printer. 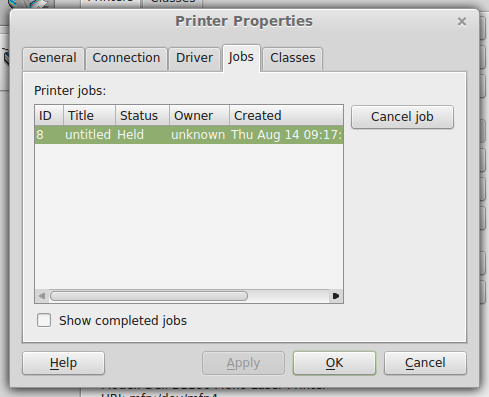 Dell has very kindly created a driver for this device instead of passing the buck to the open source community. The only trouble with the driver is that it's lookings for SANE libraries during the installation. I can see why you would need it for a multifunction printer but the B1160 doesn't have a built in scanner. 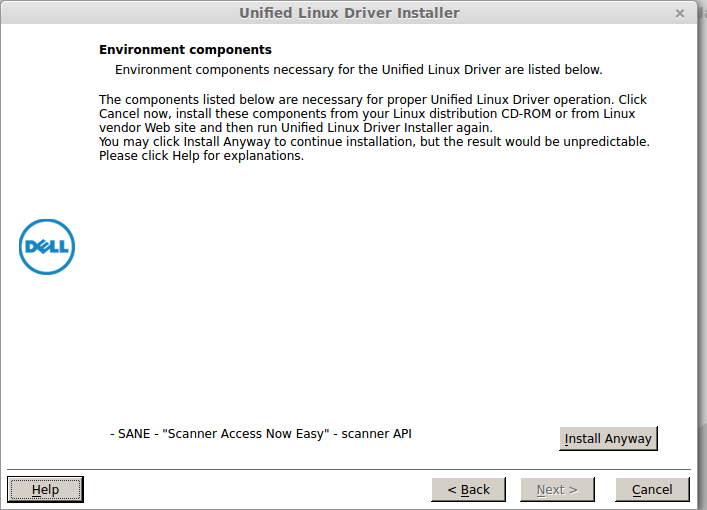 So it turns out that using the dell unified driver installer is not sufficient you need to add the printer manually to CUPS as well. It so happens that cups may tell you that the  printer has already been added but if you try to remove it you will be told that the printer does not exist! So use system-config-printer or the cups web interface ( http://localhost:631 ) and after that you will find that items are no longer being 'held'